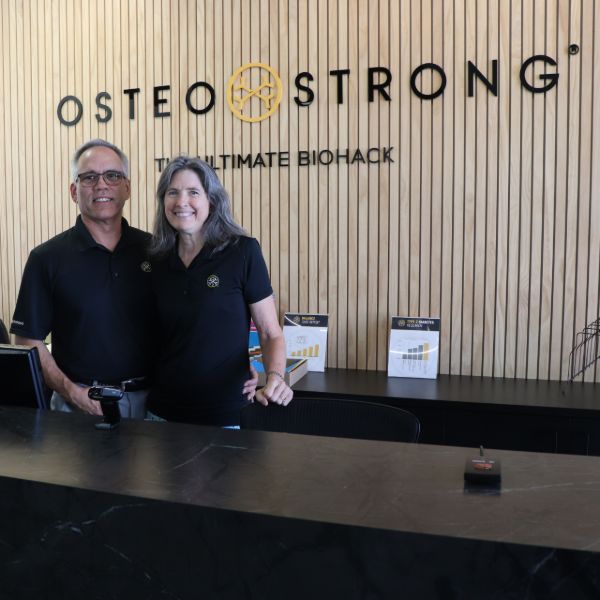 About the Owners: Tony & Debbie Zombek

Tony and Debbie Zombek met in East Point, Georgia while in High School back in the ’70s and quickly became High School sweethearts. They married and have been married for nearly 40 years. Debbie started her career as a Certified Dental Assistant. At age 43 after raising their children, Debbie became a Dentist, and at age 48 Tony retired from his job as an Air Traffic Controller to help build her offices, take charge of the accounting and handling the management.

Dr. Zombek being a Dental Surgeon was very aware of growing bone in the oral cavity after surgical extractions and implant placement in a person’s mouth. When people would come to her that had been diagnosed with osteopenia or worse, osteoporosis and they had surgical needs, orally her hands were tied because of the over prescribed use of Bisphosphonates in her patient base. “Patients can end up with terrible infections after something as simple as an extraction where they develop something called osteoradionecrosis after use of these medications. People can lose part of their jaw if they develop these nasty infections.”

A patient approached Dr. Z one day and asked what she should do about her newly diagnosed Osteoporosis condition. The patient’s doctor wanted to place her on a Bisphosphonate and she wanted Dr. Z’s opinion. Dr. Z told her explicitly that she was not an MD but as far as dentistry goes, she would not want her mother on medications that altered cell function and that she wouldn’t take it herself but would look for any natural method to try to reverse or keep this condition at bay.

Fast forward 5 years, the same patient came to Dr. Z and mentioned a new opportunity her doctor told her about called OsteoStrong. She provided an invitation to an open house to the Grand opening in Raleigh, NC. There she met Dr. John Jaquish where he introduced a room full of MD’s, Physical Therapist, Chiropractors, and the lone Dentist to Osteogenic Loading; Dr. Z was totally energized by his speaking about growing bone or Osteogenesis. It all made sense! Why don’t more professionals talk about this amazing concept? This should be revolutionizing the way health care providers think about helping our patients become healthier. Imagine reducing or better yet eliminating back pain, reducing the number of medications a person has to take…

She went home and was ready to change the world. She told Tony about this amazing new business opportunity they set up an appointment with Alex. They went to experience OsteoStrong and even her realist husband seemed excited. Dr. Z’s the dreamer and Tony is the business-minded financial person. They prayed about it and concluded that this was an investment in the future of health, and they wanted to be a part of it.

Ready to Learn More? Come in for a Complimentary Session.

Visit our Winston-Salem OsteoStrong wellness center for a no-obligation, complimentary session and see how easy it is to begin improving the strength of your foundation: your skeletal system.